buy sinthriid online https://www.canadianrxon.com/buy-synthroid-cheap/
Why It May Be Risky To Buy Antibiotics Online in antibioticsonlinerx.com Just like with any other medications, taking antibiotics without prescription can be hazardous for your health. That’s because you might not know what therapeutic doses are advisable in your case. This may produce a negative impact on your health in a number of ways. What’s more, there are lots of other risks associated with buying antibiotics online. These include the following: If you perform a self-diagnosis of viral infection, it means that the risks of taking wrong antibiotics will be high, and this may lead to antibiotic resistance. As such, it is advisable not to self-diagnose any bacterial diseases, but always see a doctor to undergo a proper medical exam and find out what drug will be useful in your particular case; Besides, if you intend to use antibiotics for viral infections, you need to know that it can bring more harm than good just because the use of these drugs is often associated with adverse reactions that might require getting emergency medical help. For this reason, there is always a risk of not getting timely help but developing serious health complications that might be hard to tackle;

140 characters at a time.
That’s how these four colleges and universities build connections with their current and prospective students.
It might not seem like enough to traditional marketers, but the truth is that high school- and college-aged students are used to communicating on Twitter, and higher ed can benefit from a focus on the platform.
These higher education institutions all use Twitter differently, but all have proved it is possible to make a connection through a tweet. 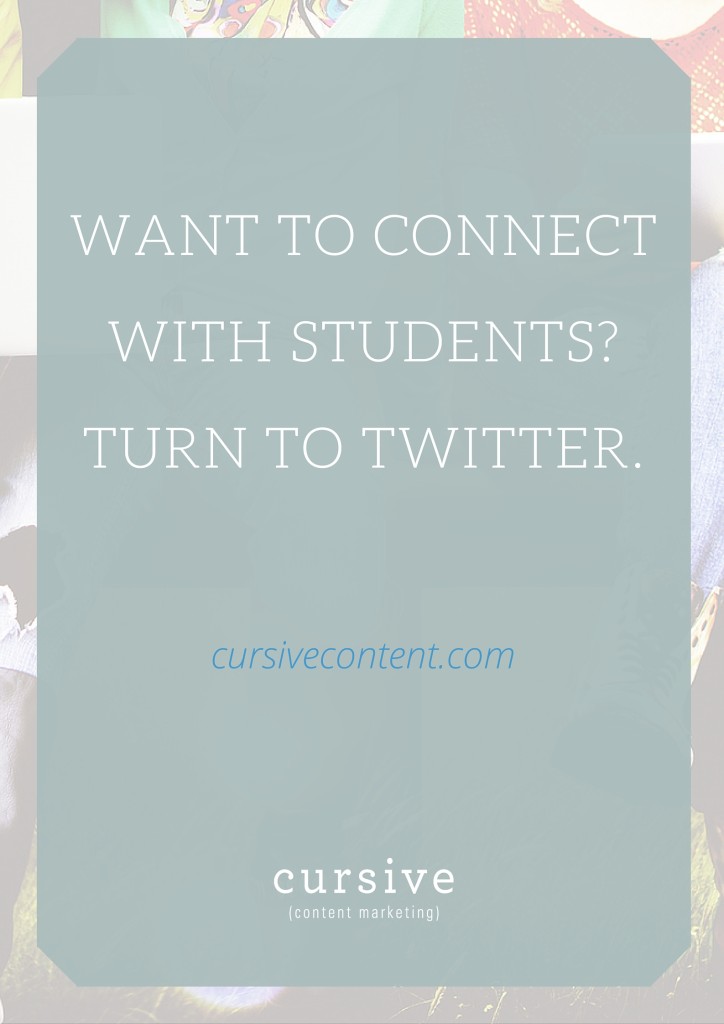 In March 2014, Twitter user @jazzberry was faced with a difficult choice between attending Lehigh University or Lafayette College. Instead of debating in private, she took her uncertainty to Twitter.

Lehigh responded that same day, inviting other Lehigh Twitter accounts to the conversation—which quickly grew to include professors, students and alumni. The conversation was honest, enthusiastic and fun (there were even tweets from the ghost of Lehigh’s founder).

Many of @jazzberry’s questions were answered before Lafayette College joined the conversation— four days later. And when they did, their responses were lackluster and read like tired old marketing copy:

Lehigh won this Twitter debate—and @jazzberry, who now attends Lehigh University.
The takeaway: A presence on Twitter is not enough. You need to monitor your account frequently and jump into conversations immediately. You need to establish a tone that connects with the 18 to 20-somethings you’re trying to connect with. And in order to do that, you need an established social media strategy and a team to stay on top of it all.

Giant, jam-packed lecture halls might be the norm at some universities, but they can be seen as a downside to getting your education at a big institution. Can you really engage with your professor and have your questions answered if you are sitting alongside 100 other students?
University of Texas- Dallas history professor Monica Rankin uses Twitter to make it possible. When conversations in her large lecture classes started to take away from the full lesson she had planned, she worked with the school’s Emerging Media Program to develop a system that would display student’s tweets during class. Rankin can then respond to comments or questions without interrupting the flow of her lecture.
She saw an added benefit— the Twitter system actually increased participation in her class. This type of social media- and technology-savvy approach shows current and prospective students that University of Texas- Dallas is a forward-thinking, relevant institution—yet another benefit for the school.
The takeaway: Twitter can be a great way to connect specific groups, keep students informed and answer questions. Explore how Twitter might be able to help solve your school’s communication issues—in and out of the classroom. (Interested in Rankin’s idea? You can read her thoughts on the Twitter experiment here.) 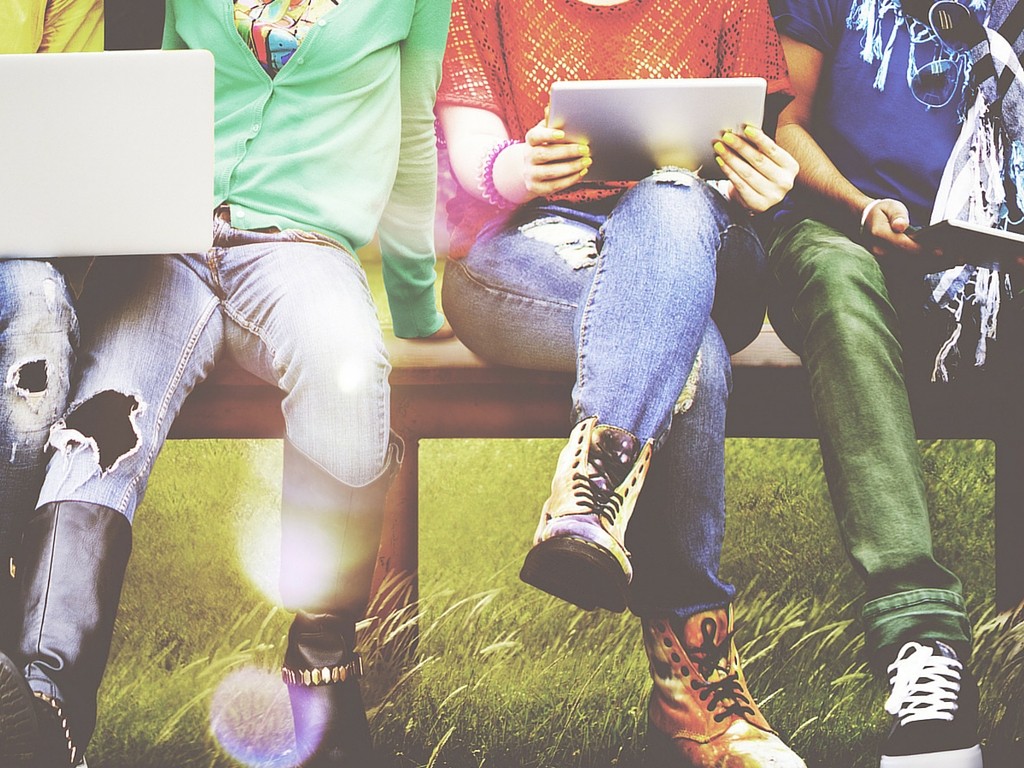 As a student or prospective student, how easy is it to get an appointment with a busy college president? Very, very difficult.
There isn’t much college presidents can do to change their packed schedules, but some presidents have found a workaround—Twitter.
By keeping an active Twitter presence, they provide a place students can reach them and engage in a conversation they might not otherwise be able to have. The benefit goes both ways—presidents benefit from understanding what is really happening on campus.
Montgomery College president DeRionne P. Pollard says, “It’s a phenomenal way to keep your fingers on the pulse of the world outside your own echo chamber…”. Pollard’s Twitter account is truly hers: “I’m the only tweeter on my account. If you want DeRionne, you get me on Twitter.”1
Keeping an active Twitter presence can also help establish a connection between the president and the student body. Active Twitter user Clif Smart, President of Missouri State University, uses Twitter to do exactly that. “It makes me approachable. I’m no longer just the old bald guy sitting in the admin building.” 1
The takeaway: You can use Twitter to humanize your school and its leaders. Consider who students at your institution most want to connect with and explore how a Twitter presence might play a role in establishing and nurturing that connection.
[Tweet “You can use Twitter to humanize your school and its leaders. @CursiveContent shares how. #highered”]
You don’t need always need a lengthy brochure or elaborate marketing campaign to develop a connection. Twitter works well because it is an easily accessible platform that students know, love and use and because it allows higher ed to establish an authentic, direct connection with those students.
It might be time to rethink what you can do with 140 characters.
Want more actionable social media and content marketing advice? Sign up for our weekly enewsletter using the form below.