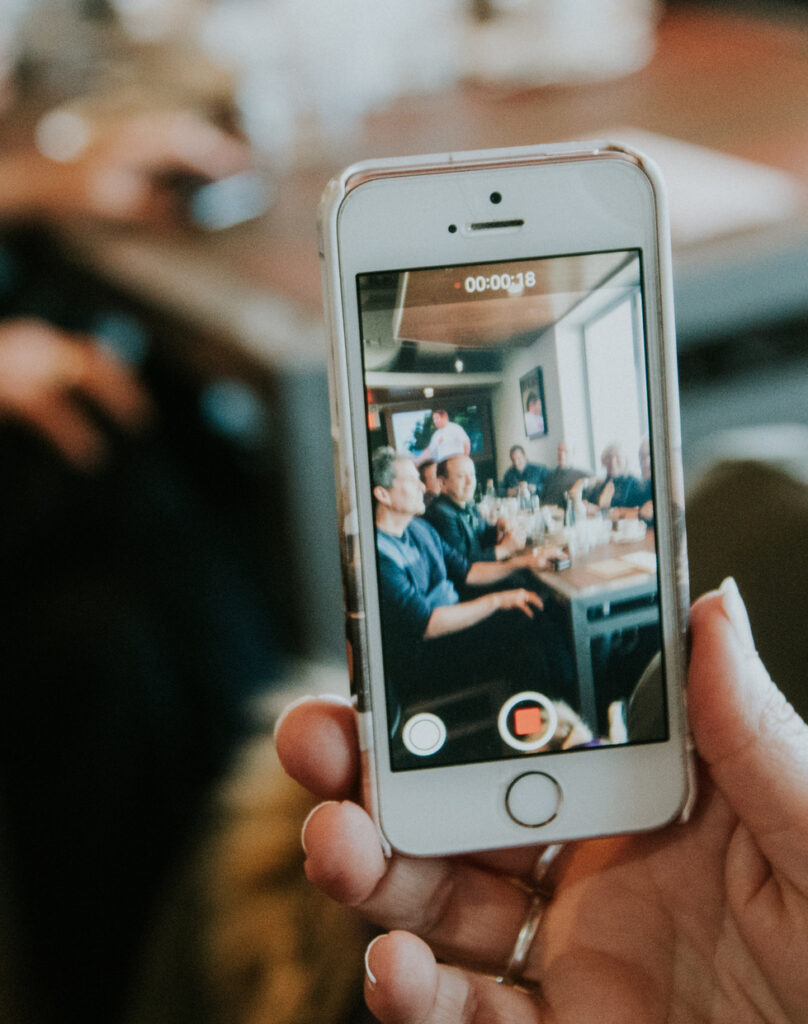 I rue the day “viral video” became a part of the marketing lexicon.

Don’t get me wrong, I like a cute cat video as much as anyone and, many many years later, this still cracks me up. The term makes me shudder, however, because somewhere along the way, otherwise smart marketing people began requesting viral videos.

You can create a video that you hope goes viral, but “going viral” shouldn’t be your strategy. It’s like saying that your plan for retirement is to buy a winning lottery ticket. It could happen, but the odds are stacked against you. If it were that easy to create a viral video, everyone would be doing it, every day.

Instead of trying to create a viral video for your school, simply try to develop a really great school storytelling video—one that may or may not go viral. Here’s how:

Tie it into your overall strategy.

The most important step in the process of making a video is to ask yourself some fundamental questions, such as:

Strategy should precede tactics. But too often we see marketers who have decided, or have been told, that they need to create a video when there is a better approach to reaching the goal.

If you’re sure video is the best tactic, take the time to think about the strategy for the video. What results do you hope to see? What impact should it have on your marketing and admissions efforts? What action do you want viewers to take after watching?

If you are truly hoping that your video is seen and shared by thousands or millions of people, keep in mind that most videos that go viral are not overtly self-promotional—for example, Dove Real Beauty Sketches. This video was incredibly popular because of its message, not its offer. Which leads us to…

The best videos bring out the emotions of the viewer. While there are certainly a lot of viral videos that are funny, humor isn’t the only emotional hook. Feelings of sadness, hopefulness, happiness, and surprise resonate with viewers as well.

It’s feeling that connection with the video (whether it has you rolling on the floor laughing, nodding your head in understanding, or reaching for the Kleenex) that will inspire viewers to share it with their friends. Regardless of the tone you go for, it needs to be appropriate for your audience and your topic.

An example I love: “Love, Mom & Dad” by Forman School, which shows soon-to-be graduates (subtly wearing the sweatshirts of the colleges and universities they will be attending) reading heartfelt letters from their families.

The optimal length for a video varies widely. According to Statista, the average length of a YouTube video is 11.7 minutes — and that shifts depending on video category (with music videos being around 6 minutes, and gaming videos reaching higher than 24 minutes). We’ve come along way from just the 30-second TV spot. So what’s changing?

Well, there is a big difference between interruption marketing and permission marketing. YouTube has given consumers a way to seek out the video they want to watch, rather than encountering it in the midst of their favorite TV show. Viewers are choosing to watch your video, which they’ve encountered because they’re on your email list, have chosen to follow you on Facebook, or because a friend shared it with them.

That sharing happened because your content made the viewer feel something. And that something was not boredom. So if you’re trying to determine how long your video should be, I recommend following the simple but sage advice of Joe Pulizzi in his book Epic Content Marketing: your content should be “as long as it needs to be.”

This video by Riverdale Country School is short (3:43 seconds) yet it spans a childhood — beginning when Amanda started as a sixth-grader and graduated as a 12th-grader. That is commitment, condensed into a few (compelling) minutes.

Plan to promote it.

As you’re developing your video strategy, you should also be creating a strategy to promote it. Your video is never going to go viral if no one knows it exists.
Consider how it can tie into your other marketing, PR and social media efforts. Share among your faculty and staff, current families, email subscribers, and social media followers. If you’ve created a great, viral-worthy video, it will begin to spread beyond these audiences, but it has to start somewhere, so make sure you kick it off right.

A few years back, Mercy Academy of Louisville, KY, did just that — and ended up with national media coverage because of its unique campaign that spun the standard fairytale on its head:

Your video has to be good. It has to be really, really good. More than 6 billion hours of video are watched on YouTube each month. Your video has to stand out. There’s no magic formula here, just a lot of thought, creativity, and hard work.

If you develop a solid strategy, create a connection, make it concise, promote it well and make it great, you’ll have the makings of a viral video on your hands. And if it doesn’t go viral, that’s ok. If you’ve followed this advice, you’ve probably created a video that your audience loves. And isn’t that really the point?

Want more storytelling strategies that don’t rely on tactics alone? Sign up for our FREE Resource Library and you’ll get smart insights on demand and delivered weekly. 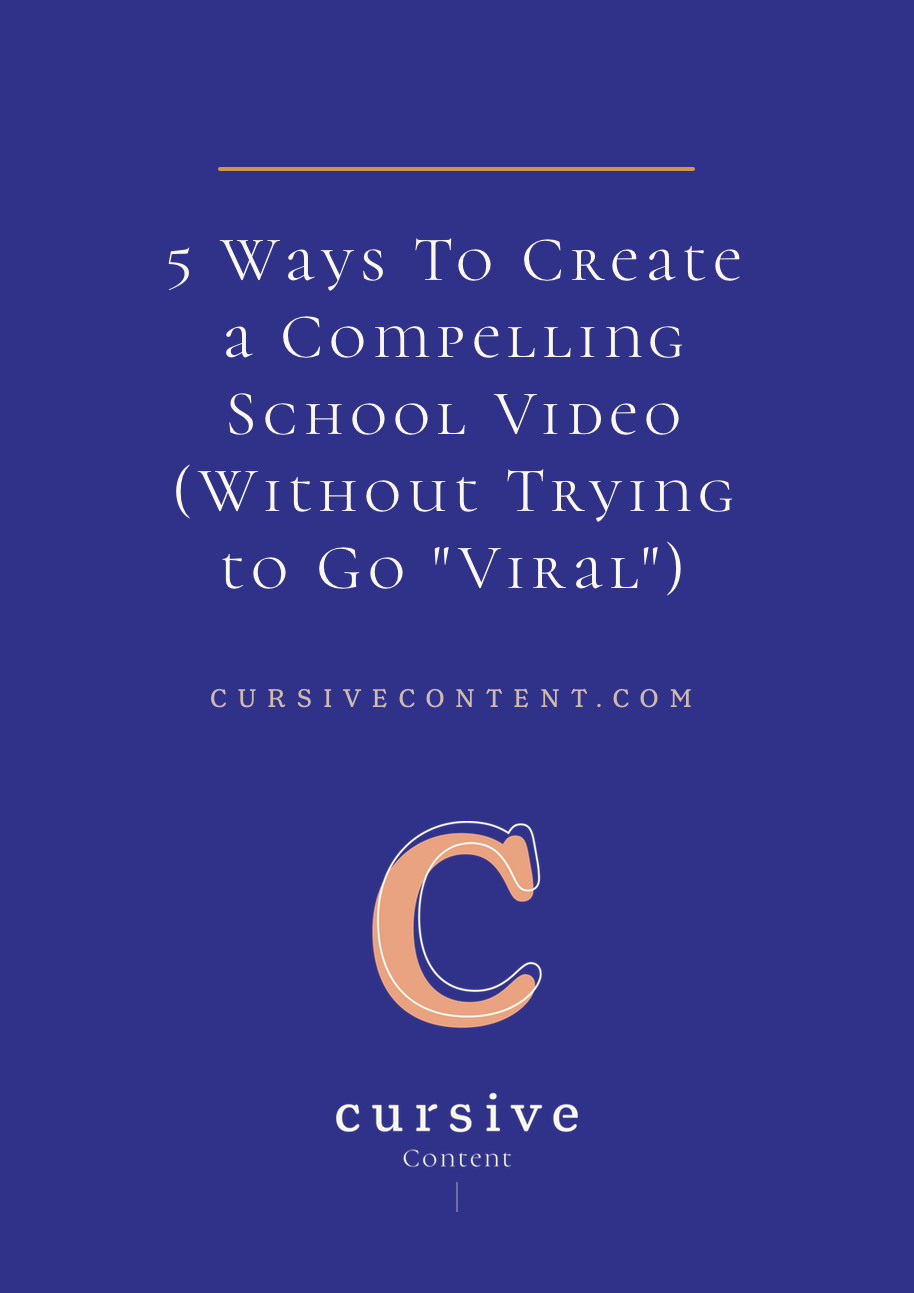 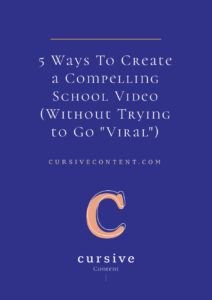